BLACK FRIDAY DEAL: GENETICS TESTING 51% OFF NOW >>GET YOURS<<

How NOT to be full of it: An overview of “Bowel” – Point of Wellness #2 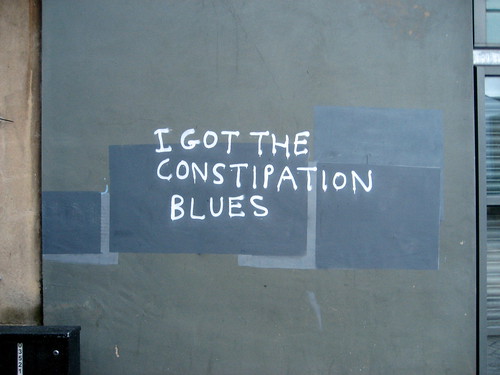 by  Abulic Monkey
Sam here with possibly the least fun, most neglected topics in health: your poop. Yes, this email will teach you how to poop better.

Please don’t leave this page just yet! Let me prove to you that I’m not “full of it” by teaching you how not to be “full of it” either. 🙂

1. Why the bowel is important.

Below are some rhetorical questions about your bowel (see if you can catch my subtle use of metaphors).

Would you live in a house where the toilet could only half flush? Some toilets have two flush settings: small (for pees) and large (for poos). Imagine if your toilet could only use the small setting…that means your ‘larger’ deposits would only be half removed. It would be gross to just leave that little bit of floating poo in the toilet right? Even though you technically “flushed”? The same is true for constipation. What if you only got rid of half of your poo, or you only went once every two-three days, or even longer? It’s just as gross to leave your bit of poo floating inside your bowels that needs to be ‘flushed’ as it is to leave a bit floating in your toilet unflushed.

FYI: If you buy supplements, but don’t poop properly, you may be wasting your money. People spend so much money on supplements for better nutrition. Yet if they don’t keep their bowels moving, all that extra nutrition goes to re-detoxifying the blood and tissues from constantly recirculating toxins. Make sure your exits are clear before trying to shove any new nutrition in the front door.

Pun intended: “Bowel” is Point “#2” of the Ten Points of WellnessTM. I thought giving Bowel the #2 spot would make it easier to remember.

2. The normal number of poops per day

So what is a normal number of poops/day anyway? The ideal is you go for every large meal you eat. Why? For you scrabble enthusiasts, there is a reflex in the body called the “gastrocolic” reflex that tells the colon to move out the old waste when new food lands in the stomach. Also, anthropology (the study of native cultures before modern civilization) shows ancient peoples pooped more often, about once per meal eaten. Yes, there are researchers who traveled around the world to find native people and monitored their bowel habits. Dr. Bernard Jensen, ND, DC, PhD, was one of them and he inspired me through his books to get my bowels in order. So if you are not pooping regularly each day, ideally once for every major meal, then you might be constipated.

There is the ideal, then there is the ordeal. If you’re not quite at 3 a day (assuming you eat 3 big meals a day), then start with just 1 a day, then work your way up. For some people, pooping at least once a day is ‘too much’. Some have been told (including me when I was younger) by their medical doctors that going once every 2-3 days is “normal”. Not only is 2-3 days flat out wrong, the person who created that standard is definitely full of it by his own standards. How’s that for irony?

Defining “Normal”: To be told that pooping once every 2-3 days is “normal” is the equivalent of saying that it’s “normal” for 1 in 4 deaths to be caused by heart disease. What images come to mind when you hear “normal”? For fun, I looked up some synonyms to “normal” and I got a few: natural, customary, and ordinary. Imagine if someone said it was “customary” for 1 in 4 people to die from heart attacks, or “natural” or even “ordinary”. Doesn’t sound right, does it? Basically, “Normal” implies that it’s “OK”. This use of normal is inaccurate. Replace it with the word “usual”.

There is a subtle but significant psychological difference between “normal” and “usual”. It’s “usual”  that 1 in 4 people die by heart disease, in that it’s very common. If you say “normal”, then the mind takes on a degree of complacency. Basically, if you believe 1 in 4 people dying from heart disease is “normal”, it’s not a far psychology leap to believe that it’s “OK”.

Re-defining “Normal”: Normal is healthy, not “OK”. It should be normal to have a fully functioning and healthy body, not rare, unusual, or ‘lucky’. “Usual” means the common state of (ill) health of most people…pooping frequency included. It is ‘usual’ that people only poop once every 2-3 days, just like it’s usual that 1 in 4 people die from heart disease…it doesn’t make it “OK”, and is most definitely, not “normal”. See the difference? So you should know that it’s “usual’ for people to poop once every 2-3 days and it’s “normal” for people to poop once for each meal they eat.

3. How to improve your poops now:

So that’s the overview of Point of Wellness #2: “Bowel.

Feel free to share this post, but please don’t send it with the subject line saying, “I sent this to you because I think you’re full of it”. It may backfire. 🙂

How to Stop Overeating

An Insight Into Satiety…   Do you feel satisfied after eating? Or are you constantly trying to satisfy your hunger after meals, feeling like a

WHY Comfort Foods Are So Comforting?

As a former sugar addict and someone who used food to numb and comfort me for over 15 years, I speak about this not just

Did you know that… Headaches, itchy skin, runny nose, fatigue, hives, and digestive problems are SIGNS that something is wrong internally in your body? So,

The Holidays are upon us and our pantry is getting ready to fill up with leftovers…and so should you!  If you have leftover bones, skins,

PrevPreviousStop constipation with this little-known neurology trick
NextWhy Marathoners look like cancer patients and other surprising finds in the “Wellness” industry.Next

Sign up our newsletter to get update information on functional testing, genetics and more!